Here is a press release written by Alexander Deschamps for my show Expensive Art at Vandeavors Gallery, June 2015.

below is part of a family email my father, David Lucal, wrote about visiting my sculpture at the Cooper Union end of year show in 2018.

“On Saturday, Deb and I met Hannah at Cooper Union in NYC for its annual student art show.  Hannah was decked out in a colorful dress, as she was going to an engagement party later.   The show featured several works by its student, Dan Lucal.  The works displayed included both two dimensional color photographs and a life-size three dimensional work.    Pictures of the prints are attached.

The three dimensional piece was located at the end of a long hallway on the fourth floor.  It was wrapped in a yellow velvet shroud, silky to the touch, and elaborately sewn.  Its “face” was made of concrete, very solid.  Attached are pictures of people admiring, photographing, and engaging with the work.

Afterwards, we ate at the nearby Atlas Cafe, upon Dan’s recommendation.  We ate at a table outside.  The waiter was very friendly, and even charged Deborah’s iPhone while we ate.” 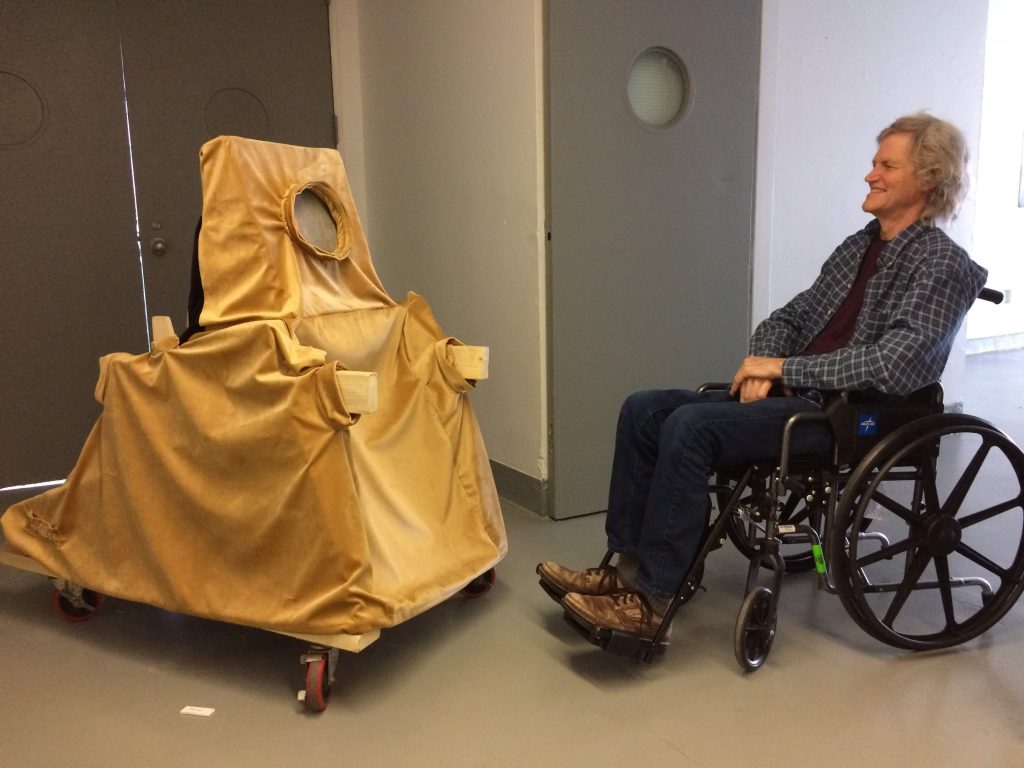 Here is my Dad with my Car Sculpture at the Cooper Union 2018 end of year show.